On March 4th, Russian troops advanced on Ukraine’s Zaporizhzhia nuclear plant. As the fighting near the plant escalated, a Russian projectile hit one of the plant’s facilities causing a fire. Ukraine’s Foreign Minister warned that conflict around the nuclear plant could lead to a nuclear disaster “ten times larger” than Chernobyl. Fear nearly went viral as anti-nuclear advocates amplified this narrative and scared people into believing that the world was a stray missile away from a nuclear catastrophe—which was not true. This incident highlights the unique resiliency of modern nuclear power plants and their vital role as a low carbon, base load energy source.

Ukraine’s VVER reactor nuclear plants were designed with the possibility of conflict in mind—as are plants in the United States—and those protective measures are robust. Experts immediately pushed back against the fear narrative as it spread in real time. Nature published an article with level-headed statements from nuclear scientists the next day. The International Atomic Energy Agency (IAEA) stated that the fire did not affect essential equipment and there were no reported changes in radiation levels. This was affirmed by the U.S. Secretary of Energy Jennifer Granholm.

Coming to terms with the Chernobyl and Fukushima Daiichi accidents

As the Zaporizhzhia attack demonstrates, contemporary nuclear plants are designed to withstand significant threats, both manmade and natural disasters. This is one of their essential features, not a unique vulnerability. While the Chernobyl and Fukushima Daiichi accidents both loom large in our collective memory, a closer look reveals the disparities between the two events and how improvements in processes and plants designs have enabled the nuclear industry to drastically reduce the risk of future disaster.

The Chernobyl accident was by far the largest nuclear plant catastrophe of all time. During a planned safety test of the RBMK reactor, power dropped to zero and the operators were unable to restore it. The reaction became unstable and, instead of the reactor shutting down, a chain reaction began generating an immense amount of energy. The nuclear core melted down, causing explosions that destroyed the reactor’s building and started an open-air core fire. This released radioactive contamination into the air that spread for thousands of kilometers.The explosion killed two engineers and severely burned several others. Another 146 workers and first responders likely died from radiation exposure over the following decade, most of whom died within a month of the incident. Researchers attribute 16,000 deaths to the disaster.

Poor design and operator error are the chief causes of the accident. Since the Chernobyl disaster, we have made significant advancements in material science and reactor design. Contemporary nuclear reactors are now specifically designed to prevent this kind of catastrophic failure.

The Fukushima Daiichi accident was the second largest nuclear plant disaster, and the most recent in global memory. In March 2011, a 9.0 magnitude earthquake and its resulting massive tsunami devastated coastal Japan. In response to the earthquake tremors, all eleven reactors at the nuclear plants in the affected region shutdown automatically as designed. However, the Daiichi plant lost power and when the tsunami flooded the plant, all but one of the backup generators was disabled. Without a consistent flow of power, the residual heat removal system ceased to function, causing three reactors to melt down. Hundreds of people worked diligently to restore power and restart the cooling systems. As they struggled to do this, a hydrogen build-up created by the meltdown triggered multiple explosions, causing significant damage to the plant and injuring several people at the site.

For five years following the accident, zero deaths were attributed to the explosions or radiation resulting from the meltdown. However, in 2018, one plant worker’s family won a civil suit against Tokyo Electric Power Company (TEPCO), following his diagnosis with lung cancer and subsequent death. Between 1,383 and 2,202 people died during the evacuation from the surrounding area, but most of those deaths are attributed to fatigue and deprivation, resulting from the earthquake and flooding. Tragically, many died by suicide, as people struggled with the mental toll of immense personal losses.

TEPCO confirmed reports that significant radioactive material was released into the environment during the meltdown. However, several reports from the United Nations Scientific Committee on the Effects of Atomic Radiation (UNSCEAR) have concluded that there have been no discernible adverse health effects as a result of the radiation.

Japan’s Supreme Court recently upheld an order forcing TEPCO to pay damages of $12 million to 3,700 people affected by the disaster. Japan’s Nuclear and Industrial Safety Agency had failed to hold the Daiichi plant to international standards. The successful shutdown of the other reactors in the affected area show that proper precautions and backup systems work. But this disaster underscored the necessity of effective regulation and redundant backup systems. In response, nuclear regulatory bodies throughout the world have revamped their processes and requirements to mitigate the risk of a future catastrophe.

The antifragility of civilian nuclear plants

The nuclear industry is committed to safety and has revamped processes and requirements in the wake of each incident. While skeptics and opponents will point to the Chernobyl and Fukushima Daiichi accidents as cautionary tales against nuclear energy, the events have few legitimate commonalities. The Chernobyl accident was of a completely different scale, compounded by a now-defunct governmental system that hampered critical oversight and regulation, leading to an estimated 16,000 radiation-exposure deaths. By contrast, Fukushima Daiichi radiation has been linked to one death. This was not a matter of luck: the differences reflect decades of engineering and process improvements.

Even though the Fukushima Daiichi incident was partially caused by a failure to abide by 2012’s international best practices, nuclear regulators all over the world responded by doubling down on safety. The United States’ Nuclear Regulatory Commission had all plants conduct deeper analyses and make plans for numerous low-probability events—massive earthquakes, flooding, sabotage, assaults by enemy military forces, and a combination of these scenarios.For example, South Texas Project reactors 1 and 2 added additional backup power to reduce secondary flood risks, mitigating the chance of a meltdown similar to what happened in Fukushima Daiichi. And this system is enclosed in a missile resistant enclosure to defend against potential military or terrorist attack, however unlikely.

Additionally, the United States’ Department of Energy is currently funding development of advanced nuclear reactors that are designed to fully prevent any meltdown.

The risks of expanding civilian nuclear power are severely overstated. One of nuclear power’s strengths is that excessive scrutiny has led to facilities and processes that protect nuclear power plants from hurricanes, earthquakes, and military assaults alike. No other power source is as resilient to natural disasters, let alone missile strikes.

The political, economic, and environmental impacts of nuclear fear

The truth is that ideological opposition to civilian nuclear plants and relentless references to Chernobyl and Fukushima led to western Europe’s dependence on Russian natural gas and oil. In 2020, Germany received 65.2 percent of its natural gas from Russia. Germany’s dependence grew as it shut down its nuclear plants and leaned into intermittent wind and solar in an unsuccessful attempt to reduce emissions without nuclear power. Since the invasion, Europe has needed to scale-up their usage of coal, at the same time that the price has increased over 400 percent year-over-year.

Nuclear is the path forward

Now more than ever it is clear that we should embrace nuclear power in the United States. What happened at Zaporizhzhia caused momentary panic, but the world’s policymakers can and should learn from the facility’s resilience. While no one can guarantee that there will never be another nuclear reactor accident, the probability of disaster has never been lower. Fear mongering with references to Chernobyl is what has left Americans—and our European allies—vulnerable to global supply shocks that are fueling inflation and disproportionately harming the most vulnerable Americans. An America that commits to nuclear power will be less vulnerable to the whims of illiberal petrostates, more resilient to supply shocks, and capable of meeting our environmental commitments. 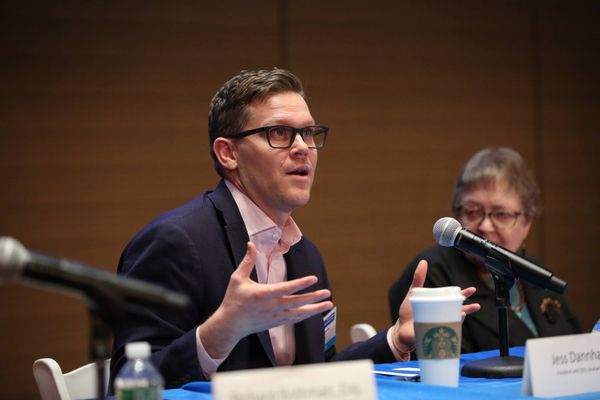 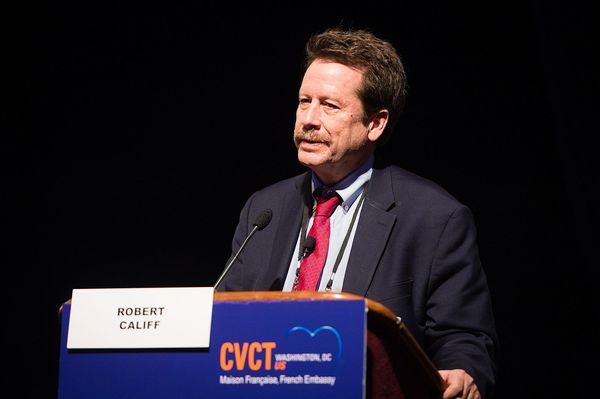 In order to accelerate FDA approval of more drugs, the agency should be more willing to pull drugs that fail in the real world.