New data provided by the Education Department shows that the benefits of Public Service Loan Forgiveness (PSLF) overwhelmingly flow to people with graduate degrees. According to the data, which was requested by Republican members of the House Education and Labor Committee, 83 percent of borrowers who have received PSLF so far have some graduate school debt.

PSLF provides loan cancellations for people who work in public service, defined as working for the government or certain nonprofit organizations. Borrowers can receive full cancellations of their federal loans after they make ten years’ worth of qualifying payments. The program aims to make public service more attractive. But a better way to accomplish the same goal is to stop requiring or encouraging aspiring public servants to take on so much debt in the first place.

PSLF is complicated and poorly targeted

The average PSLF borrower receives nearly $65,000 in loan forgiveness, even as the average federal borrower overall owes just $37,000. The cost of the program has risen during the student loan payment pause, as borrowers can count the last two years of suspended “payments” towards PSLF even though they haven’t actually paid. Administrative hiccups have prompted the Education Department to spend even more money by waiving some of the requirements for PSLF borrowers. If all borrowers take advantage of these waivers, the cost to the government could exceed $100 billion.

Additionally, the federal data reveal that PSLF dollars are not well-targeted towards modestly paid professions in public service. Nearly one-third of borrowers who received PSLF earn more than $100,000 per year.

This is not an optimal way to support public servants. PSLF’s design means that the size of the subsidy to public servants is perversely tied to how many degrees they have and how expensive their schools were. A firefighter who borrows $10,000 to earn a two-year degree at a community college will probably repay his loans in full before he can benefit from PSLF. But a lawyer with a $150,000 J.D. from an elite university could see most of that balance forgiven. PSLF’s structure thus creates an incentive to borrow more.

The Biden administration recently proposed loosening some of the requirements for PSLF to make it easier for borrowers to receive loan cancellations. The changes will only further entrench the program’s sub-optimal structure and perverse incentives. The changes will also increase PSLF's cost by $26 billion. Policymakers should seek more sustainable solutions.

A better idea: scale back degree requirements for public servants

Instead of supporting public servants through loan forgiveness—which implicitly subsidizes expensive advanced degrees—governments should rethink whether graduate degrees are really necessary to perform many public-service jobs.

Credential inflation, wherein employers start to demand advanced degrees for jobs even though the underlying skills required for those jobs have not meaningfully changed, is present everywhere in the economy but most acute in public-sector employment. According to the Bureau of Labor Statistics, 21 percent of jobs in state government have a graduate degree as an entry-level requirement, compared to just three percent in the private sector. In the federal government, share of workers with a master’s degree doubled between 1992 and 2017.

Some states are fighting back against credential inflation. Maryland recently launched an initiative to remove unnecessary degree requirements from job postings and allow candidates to substitute relevant experience or alternative training. Colorado’s governor issued an executive order in April to replace degree-based hiring with skills-based hiring in the state government. Such initiatives will reduce the need for aspiring public servants to take on student debt.

State and local governments can also reform salary schedules to eliminate the financial penalty for workers who lack an advanced degree. In most school districts, teachers with only a bachelor's degree face a significant earnings penalty relative to those with master’s degrees. This encourages teachers to take on debt—subsidized by PSLF—to acquire master’s degrees, even though there’s little evidence that master’s degrees make teachers more effective. Nat Malkus and Tracy Schirra of the American Enterprise Institute have proposed a plan to close the credential pay gap among public school teachers.

The new Education Department data show PSLF is subsidizing the pursuit of advanced degrees and creating incentives for students to borrow more. The result is higher debt burdens for graduates and significant costs to taxpayers. Instead of subsidizing public service through an unfair and convoluted loan-forgiveness program, governments should attract qualified workers by abolishing unnecessary degree requirements and eliminating earnings penalties for those who lack advanced credentials. 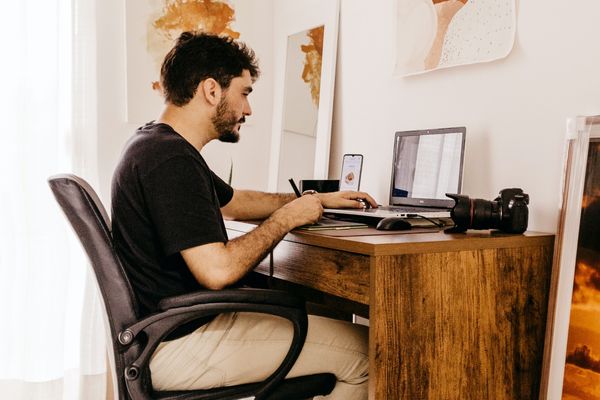 Giving parents direct control of their children's share of K-12 public school funding will ensure that every student has a high-quality education.