In recent years, policymakers and commentators have increasingly debated how accredited investors should be legally defined. The definition has important implications for how middle-income and potentially even low-income households finance and obtain financing for investment projects.

In the eyes of regulators and lawmakers, Regulation D offerings are distinguishable from more open assets like publicly traded stock on the basis of required disclosures. Whereas publicly traded firms are forced to disclose significant information in quarterly and annual filings about the state of their business, Regulation D offerings are exempt from most of these requirements. Instead, Regulation D offerings are only required to submit basic company information to potential investors. Although this substantially eases the burden on firms and makes access to capital cheaper for firms before they “go public,” the lack of a legal disclosure requirement leads regulators to worry that some investors may be hoodwinked by firms into making misinformed investments.

Because Regulation D offerings have highly volatile returns and are often illiquid—meaning they are cash poor—regulators believe they are too risky for middle-class investors. This regulatory paternalism created the accredited investor requirements, focusing on three dimensions: information, volatility, and liquidity.

First, let’s consider the fear of low-information investing. The Survey of Consumer Finance (SCF) is conducted every three years and provides a regularly updated glimpse of household balance sheets across the income distribution. Starting in 2016, SCF began also asking householders financial literacy questions. Using data from the 2019 SCF, there is evidence that the SEC’s concerns are unfounded.

On a ten-point scale, SCF surveyors assess respondents’ knowledge of their own finances. Second, respondents are asked three financial literacy questions and their score on financial literacy is then determined by the number they answer correctly—ranging from a perfect score of three down to zero. Finally, respondents grade the extent to which they are willing to take financial risks, again on a scale of one to ten.

Breaking respondents down into income levels every $50,000 until $300,000—the household threshold to become an accredited investor—we can gauge how financial literacy varies relative to incomes.

Note also that these scores are likely a function of how exposed respondents are to the financial world. Partially because lower-income households have little opportunity to invest in anything except publicly traded assets, they have little incentive to reach the same level of sophistication as the highest-income households. Even so, the difference between middle- and high-income households is surprisingly small over these ranges.

Precisely because there is a relationship between risk tolerance and income, we also would not expect the actual quantities invested by middle-income households to be particularly large, so the systemic risk likely would not be terribly large even if the individual diversification benefits to households are. The fact is that middle-income households do not have substantial excess liquidity to invest significantly in these projects anyway, but the benefit of allowing diversification across more asset classes for households may be large.

All of the data should be interpreted with some skepticism; they are all subjective measures of literacy and risk-tolerance and hence may not be exactly comparable across the income distribution. Yet the point remains that middle-income households are not far less knowledgeable or sophisticated about finance as high-income households, at least not to an extent that it would be catastrophic if they were allowed to do with their money as they please. Additionally, some middle-income households likely would want to participate in expanded investment opportunities, so the SEC’s regime is preventing mutually beneficial exchange without sufficient evidence. Perhaps, at least, the income thresholds for becoming an accredited investor ought to be lowered from the current household income of $300,000 or the individual threshold of $200,000.

However, the two dimensions to SEC paternalism remain: volatility and liquidity. Shallower markets like Regulation D offerings are informationally inefficient relative to deeper markets in which there is more trading and more informed traders. Put simply, fewer market actors means less-informed and less-efficient markets. It is very likely that the overly restrictive SEC regulations have made such investments riskier by artificially limiting the pool of possible investors. This is not to say Regulation D offerings are not risky: startups and other new enterprises carry inherent risks. Rather, these regulations cause market distortions that increase those risks under the guise of limiting risk. Moreover, it simply does not follow that reducing the threshold for accredited investing would lead to large swaths of people currently barred from Regulation D products mortgaging their homes on high-risk, high-reward investments.

Finally, regulators worry about liquidity; investments in Regulation D offerings are often quite large and cannot be easily withdrawn. When combined with the riskiness of Regulation D offerings, it becomes reasonable on first impression to think that middle- and lower-income households simply should not be allowed to invest in such assets. Luckily, the SEC does not govern who can and cannot own homes. If it did, households with less than $300,000 in annual income would be prevented from owning assets (houses) that require large payments, are illiquid, and quite risky.

Consequently, the justification for existing accredited investor restrictions is tenuous. A case can certainly be made for increased regulation around certain income or net worth thresholds, but it seems far from clear that it is justified for shutting down the market entirely for middle-income households. At some margin, it is worthwhile for firms to occupy some middle ground between the full disclosure requirements of C-corporations and the minimal requirements of Regulation D offerings in exchange for additional capital.

Although the quantity of additional investment may be small relative to existing investments, the distributional benefits of liberalizing accredited investor rules may be large.

How costly is paternalism to low- and middle-income households? It is difficult to come up with a quantitative answer in the absence of rigorous study. But as privately owned firms increasingly take up a large share of the economy—rising from 20 percent of net business income in 1980 to over 50 percent in recent years—it is difficult to justify shutting out as much as 95 percent of the population from investing in them. Indeed, the justification is increasingly tenuous given that those trends are likely to continue because private firms are better suited to leverage the value of intangible capital, something which is increasingly important in our economy.

A separate cost comes from the unique nature of Regulation D offerings. Because these are risky undertakings often built on personal networks, it is more difficult for middle-income entrepreneurs to gain access to private capital for their business ventures, largely because in many cases they do not already have access to the network of people and financial institutions necessary to acquire sufficient capital. Worse still, the network of institutions they do have access to is legally prevented from investing in their potential ventures by the SEC. This is a large hindrance to business formation and growth in the lower strata of American society and hence is quite costly to the economy as a whole.

The paternalistic argument for SEC accredited investor requirements is quite fragile and relies on assumptions about investors that are not borne out by the data. Moreover, the existence of these requirements is potentially very costly to middle-income households, whom the SEC prevents from financing projects they otherwise could. As a result, liberalizing SEC investment rules would greatly benefit middle-income Americans. 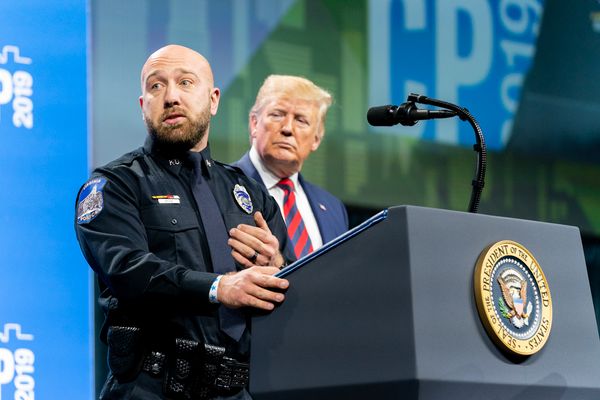 The politics of punishment will not make Americans safer 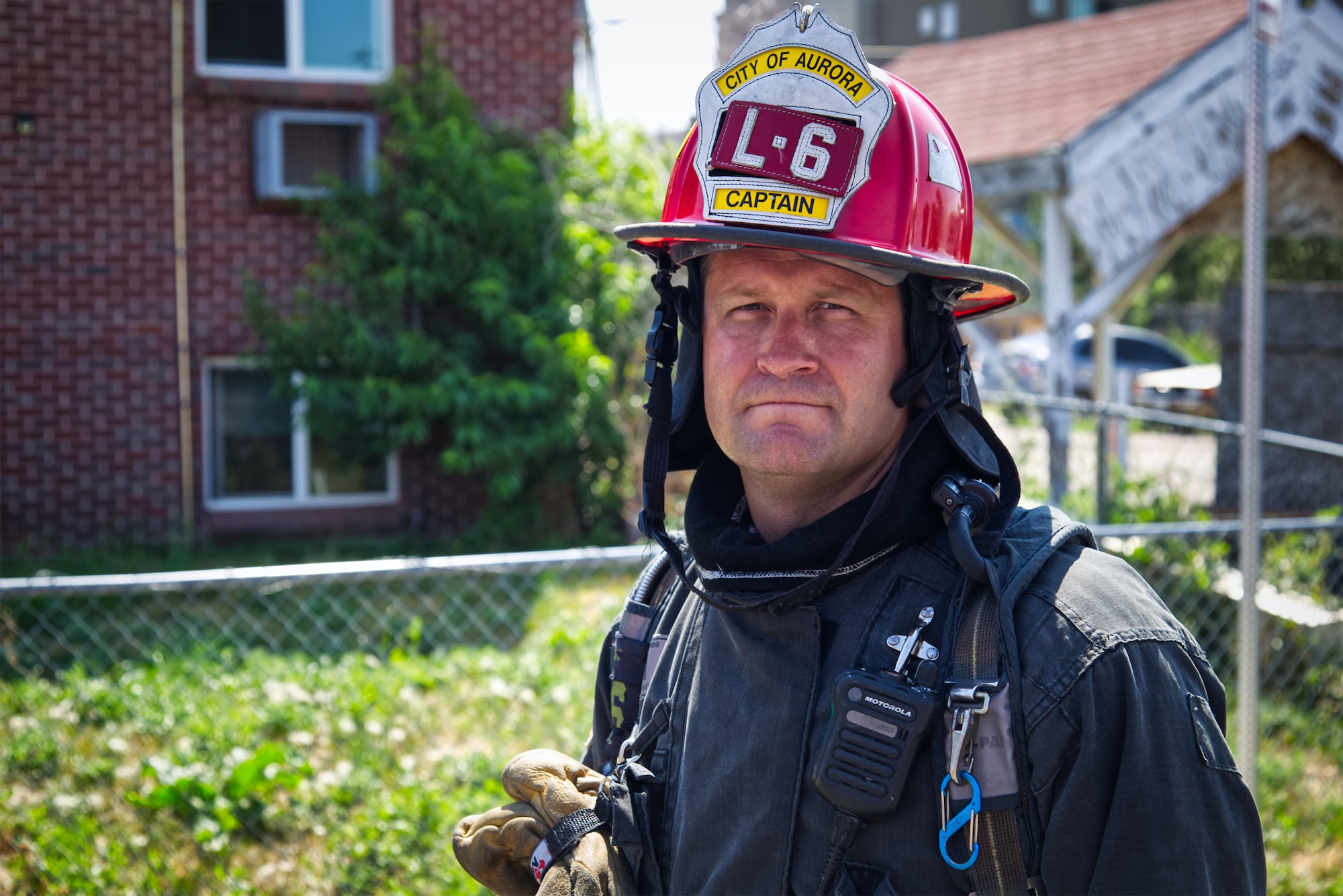 A better way is to remove unnecessary degree requirements from public service jobs.