A federal court on Thursday struck down the Biden administration’s executive action to cancel over $400 billion in federal student loans. While the administration plans to appeal the decision, it still marks the most significant legal setback for the loan-forgiveness scheme since the White House announced it in August. The odds that loan forgiveness will in fact happen are now significantly lower. With mass cancellation potentially off the table, it is time for policymakers to think about better ways to fix federal student loans.

‘We are not ruled by an all-powerful executive’

Legal cases against student loan cancellation face a major legal roadblock: standing. In order to challenge the program, a plaintiff must demonstrate a concrete injury to themselves. The harm that Americans broadly suffer through higher inflation and a less sustainable national debt do not meet that standard.

However, U.S. District Judge Mark Pittman ruled that two borrowers had standing to challenge loan forgiveness because the design of the program excluded them from full relief. One plaintiff owes federally guaranteed, bank-held loans which are not eligible for cancellation. Another did not receive a federal Pell Grant, so he qualifies for only $10,000 of relief rather than $20,000.

The borrowers argue that executive actions of this caliber must undergo a notice-and-comment process as required by the Administrative Procedures Act. Had the administration sought public comment, the borrowers could have made their objections clear before the loan-cancellation program went forward. But the administration charged ahead without seeking feedback from the public, and the court agreed this qualifies as a concrete harm to the plaintiffs.

With standing established, Judge Pittman moved on to the merits of the case. It is quite obvious that the Biden administration lacks “clear congressional authorization” to forgive loans by fiat. The statute which the administration relied on for its purported legal authority does not even mention loan forgiveness. “In this country, we are not ruled by an all-powerful executive with a pen and phone,” Pittman concluded. “Instead, we are ruled by a Constitution that provides for three distinct and independent branches of government.”

Mass student loan cancellation was never more than an expensive, temporary patch on a broken program. Independent analysts estimate that even after mass cancellation, outstanding student debt would climb back up to its current level by 2028. The federal government is still making roughly $85 billion in new student loans every single year, and many of those loans will not be repaid.

Upper-income households hold a disproportionate share of student debt, making mass cancellation a regressive proposition. There are nonetheless millions of poorer borrowers in danger of defaulting on their debts. Congress should take steps to automatically enroll delinquent borrowers in income-based repayment plans in order to lower their monthly payments. Congress should also reduce punitive collections fees on defaulted loans and create a clear pathway for defaulted borrowers to bring their loans back into good standing.

But policymakers also need to fix student lending going forward. Congress should abolish federal loans to graduate students and parents of undergraduates, which comprise the bulk of government lending. Private lenders will step in to fill the void and will only fund degrees where graduates are likely to earn enough to repay their debts.

The federal government may need to continue lending to undergraduates, since 18-year-olds with no credit history may have a difficult time getting a loan in the private market. But federal undergraduate lending should be reformed to align incentives between students and colleges. Specifically, the government should withhold a portion of federal loan funding for colleges until their graduates make reasonable progress paying back their debts. This will encourage schools to invest in improving economic outcomes for their students, while extremely low-value or diploma-mill-type schools will find continued participation in federal loans financially untenable.

The new Congress should take action

Regardless of the eventual outcome of the legal battle over student loan cancellation, the need for reform will not go away. Policymakers have a responsibility to ensure that borrowers in financial distress can access benefits such as income-based repayment to lower their monthly payments. More importantly, Congress must rein in student loans going forward. The private market should be allowed to serve student borrowing needs where it can, while colleges that still access federal loans should be held to much higher standards of outcomes for their graduates.

Mass loan cancellation was never more than duct tape on a broken program. As a new Congress takes its seats in January, hopefully the court decision will force serious action on a problem that Washington has ignored for too long. 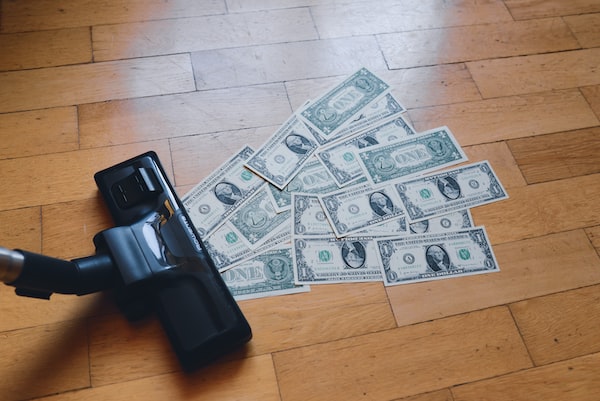