College rankings like the U.S. News and World Report signal to high schoolers that they should aim for the most "elite" colleges in America. The “dream school” is often a highly selective private institution that proudly advertises a price tag north of $50,000. Many of these schools take pride in how many students they reject. While this exclusivity may keep salaries high for the few students lucky enough to receive an acceptance letter, it’s not a recipe for mass upward mobility.

But the Ivy League is far from the only place where graduates can earn an upper-middle class salary. Here at FREOPP, we’ve calculated the expected return on investment (ROI) for nearly 30,000 bachelor’s degrees at all sorts of schools, from elite to open-access. We found that there are hundreds of programs offering excellent financial returns at schools that accept all or most of their applicants.

The following table includes the top 100 bachelor’s degrees at colleges that accept more than 80% of those who apply. Degrees are ranked by ROI, or the amount that students can expect their degree to boost their lifetime income, after accounting for college costs. (You can search all 30,000 bachelor’s degrees here.)

Click here to open this table in a new tab.

This ranking of high-return but inclusive bachelor’s degree programs includes many names that you’re unlikely to find on other college rankings. The top less-selective program anywhere in the country is the bachelor’s degree in law enforcement at Neumann University (acceptance rate: 92.5%), a Roman Catholic liberal arts college outside of Philadelphia. Students in this program can expect a lifetime ROI of more than $2 million.

One institution stands out for its impressive showing on this list: Iowa State University, which has nine programs in the Top 100. The land-grant college in Ames, which accepts 87% of its applicants, offers several engineering degrees that boost their graduates’ lifetime earnings by $1 million or more. The electrical engineering program, with an ROI of $1.2 million, outranks 14 out of 15 programs at nearby Grinnell College, an elite liberal arts school that rejects all but 23% of its applicants.

Iowa State’s high acceptance rate means that the school moves thousands of students into the upper-middle class every year—another contrast with highly selective “elite” schools. Indeed, Iowa State produces more graduates expected to receive a return of $900,000 or more on their degrees than Harvard, Yale, and Princeton combined.

Unsurprisingly, engineering programs are overrepresented in the Top 100. Sixty-three of the programs are in engineering, with electrical engineering and petroleum engineering being the most common subfields. Another 16 programs are in business and 11 are in health and nursing fields. A few programs are more niche: the fourth-best program at a less-selective college is the fire services administration major at Eastern Oregon University.

Seventy-four of the Top 100 are at public colleges and universities. Another 25 are at private nonprofit schools. The lone for-profit on the list is the registered nursing degree at the American University of Health Sciences, another Christian college.

The preponderance of public schools on the list keeps tuition prices relatively low. Net tuition after financial aid is just $5,700 for the median school, $1,000 lower than the national median. At one school on the list—the University of Texas of the Permian Basin, which offers a petroleum engineering degree worth $1.4 million on average—net tuition is zero for the average in-state student (though the school does not have a universal free-tuition policy).

The lesson for students? When it comes to the financial value of college, the school with the most famous brand name might not always be the best option. Return on investment in higher education depends heavily on what students major in. It follows that choosing the right major at a less-selective college is usually a better financial decision than choosing the wrong major at a U.S. News-ranked juggernaut. There are plenty of great programs at all levels of selectivity, and students can find them if they know where to look. 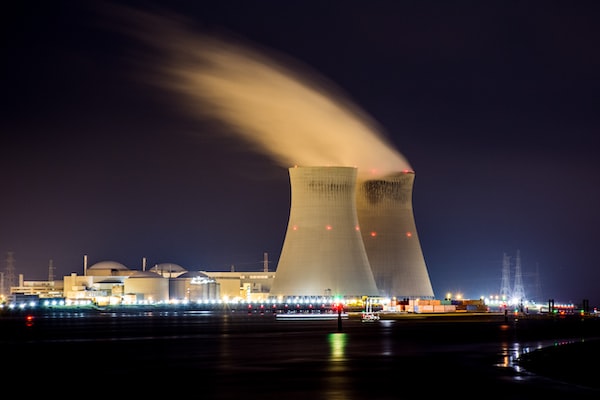 The bipartisan infrastructure bill indicates growing interest in the role of nuclear energy in providing abundant, low-carbon energy to the U.S.

Given the changing pandemic landscape, Biden should reverse course and rescind the mandate before it is ever enforced.